HDR stands for High Dynamic Range. HDR basically refers to an image having a range of brightnesses greater than the camera is capable of capturing, in a single photo. The way these are taken is with a series of exposures which with computer trickery are combined into a 32bit picture file. These cannot be displayed on normal computer screens/TVs so are ‘photoshopped’ back to a regular 16 or 8bit file. While this can give realistic results, it also allows for some wacky effects to be created.

I’m not going to go into the details on how to create these effects but will provide some links to tutorials at the bottom. I wanted to test the benefit of multiple exposure HDR over single exposure pseudo-HDR (the cheat method*). Additionally, I wanted to test how many exposures are needed for the best result. The three examples below show some of the effects HDR photography can lead to: 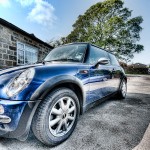 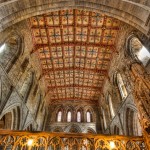 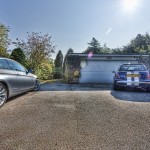 There are times when either are appropriate but traditionally, the ‘best’ results will always come from a multiple exposure HDR. If there is movement in the scene you will get ghosting, which is the name given to the strange grey halos found around the moving objects (this can include plants/leaves moving in the wind). Software can reduce ghosting and in certain cases, remove it completely but a detailed tree scene on a windy day is going to have too much movement. *In these cases you can try single exposure HDR; this is only effective if you camera saves in RAW mode. 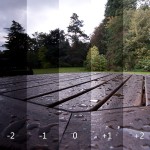 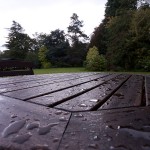 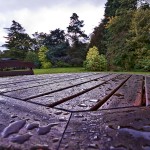 The first image shows a wide range of exposures, just from looking at these is it clear that the sky and trees do not have detail at the same time, one is overexposed while the other is underexposed. The next two photos show the original photo and a pseudo-HDR edit. The pseudo-HDR image shows more detail in the sky and trees simultaneously than the original. The enhanced colours are for dramatic effect to match the multiple exposure HDR and are not a result of using one exposure. Compare these with a 7 exposure HDR image below: 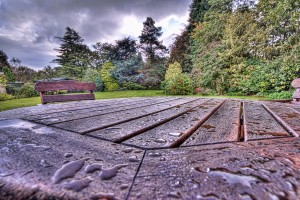 The multiple exposure HDR can show significantly more detail in the trees and sky simultaneously. While this photo looks less real, it is a product of having more light information which allows the photo manipulation to be taken to a more extreme level. As already stated, HDR can be edited in such a way that it looks realistic.

How many exposures are needed?

I have already touched on the point that the more exposures the more chance of movement and therefore ghosting, so… it’s a balance. The first three examples all use 5 exposures and the table example used 7. I have trialled a few different combinations to see which give the best results: 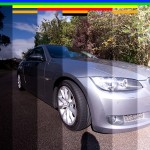 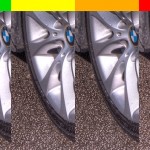 These images are coloured coded to show the result of different combinations of exposures ranging from -4 to +4. For reference, a single exposure with the same image manipulation is included. In my opinion the 9, 7 and 5 exposures look almost exactly the same. The expanded 3 exposure is much better than its regular 3 counterpart, this is due to the limited data covering a wider range of exposures. In practice, the difference between a 3 exposure -1,0,+1 and a very well processed single exposure is very small. Although not clearly demonstrated in this example, a 5 exposure in more extreme lighting conditions would be better than the expanded 3 exposure.

After this experiment I will be using 5 exposures. The benefit of 7 or 9 is so small in normal circumstances it isn’t worth torturing my laptop over! In windy conditions, I would use the expanded 3 exposure combination as the Canon 450D can automatically take all three shots very quickly, minimising movement in the scene. 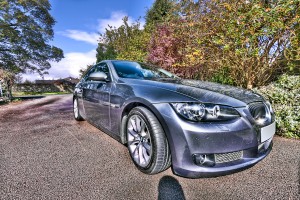 The final image was created with all 9 photos. This a very grungy edit which highlights the curves in the car body.

http://www.stuckincustoms.com/hdr-tutorial/ – By Trey Ratcliff. He has some amazing examples of more realistic photos and a good tutorial on the steps taken to get there.

http://beforethecoffee.com/photomatix-tutorial/ – By Ferrell McCollough (I think). Some great examples with explanations and the tutorial covers a wide variety of settings to consider.