This is not your usual camera comparison, this is a camera comparison for technophobes! So if you know how to use the manual functions or even the program functions on your camera this probably won’t be relevant. In addition, I’m not comparing four new cameras, I’m comparing the gradually evolving Sony W Series with a Canon 450D DSLR.

So, I should explain (as this is aimed at technophobes) the Canon 450D is a very popular inexpensive DSLR. A DSLR is a digital single-lens reflex camera which means you (usually) look through the eye piece to take your photos not look at the screen. It also provides almost unmatched flexibility with a wide selection of specialist lenses for every occasion and complete manual control. In short they are bigger, heavier and you usually carry them with a bag load of other bits.

The Sony W Series has always been a balance of powerful features and a small size. I have three on test: the W7 (from 2005), the W300 (from 2008) and my parent’s shiny new WX10 (2011). Each one gets smaller as the numbers of features sky rocket. I’ve always liked the Sony compact cameras for their fast autofocus and good results.

Why compare compacts to a DSLR?

This is where the technophobe bit comes in. Many people I have met are like my parents, they forget how to use their camera on holiday. As a result they use the auto mode (green mode) all the time. My question is, using only auto mode which performs better?

Remember, although DSLR’s traditionally produce the best quality photos they are usually in the hands of people who know what they’re doing!

I split my comparison into three sections:

In reality all the photos were taken in poor light to challenge the cameras and also emphasise the differences between them. The actual testing equipment was the following:

The cameras were mounted on a tripod in turn to minimise camera shake and improve consistency. Although image stabilisation is critical in low light conditions I was trying to compare image quality not “probability of taking a photo without shaking”. 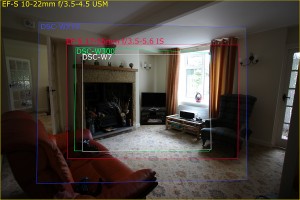 The comparison image is a series of overlaid images from the different cameras, the larger the picture the better. For the DSLR I have quoted the lens type. You can see there is very little difference between the wide angle capability of the W7 and W300 and the kit lens for the DSLR is not much better. The WX10 is very impressive with a noticeable improvement to the angle seen.

The specialist lens in this case is the Canon EF-S 10-22mm f/3.5-4.5 USM (this is equivalent to about 16mm on a full frame DSLR) with a viewing angle of over 90° horizontally it is perfect for large landscapes or in tight spaces. I took the following pictures with this lens: 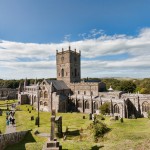 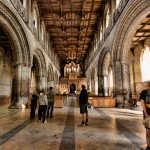 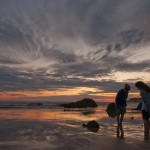 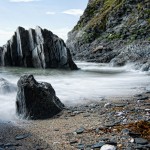 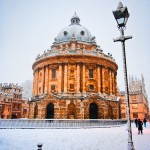 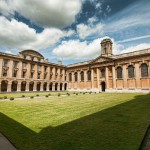 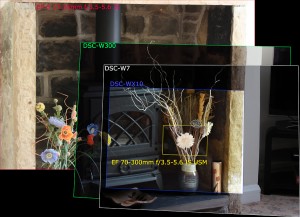 In this image higher zooms show as smaller images. Once again the W7, W300 and kit lens are of similar size. The WX10 is shown as a significantly smaller image meaning it is capable of much greater zoom. To compare official figures both the W7 and W300 have 3x but the WX10 has 7x optical zoom. Once again the WX10 seems to have outperformed the kit lens.

The specialist lens in this test is the Canon EF 70-300mm f/3.5-5.6 IS USM. It’s big, it’s heavy but if you have the strength to take it to the action it’s fantastic. Great for most situations; sports, wildlife, macro, portraits. I have taken the following with this lens: 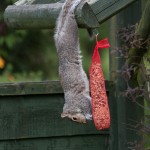 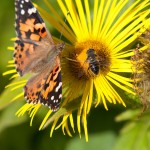 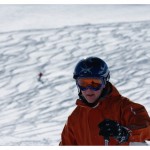 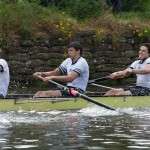 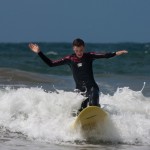 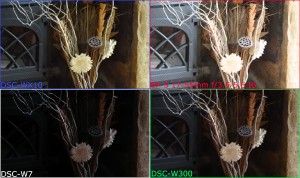 These are cropped photos from the test above to highlight differences in low light conditions. Firstly, it is clear to see the improvement between the Sony cameras. The W7’s is only capable of ISO 400 (think of ISO as a light sensitivity scale). The W300 and WX10 can do a massive ISO 3200 in auto mode. What do these numbers mean? The greater sensitivity allows shorter exposures meaning you wobble less and get clearer images in dark conditions. The W7’s photo is dark and colourless compared to the WX10’s impressive shot. The W300 is somewhere in between which I suspect is due to more out-of-date sensor compared to the WX10. In real world use, the W300 performs better in these conditions than a handheld 450D…

The Canon 450D with only ISO 800 in auto mode is actually rubbish in dark conditions without a tripod or flash. The camera often defaults to a larger exposure as can be seen in the comparison picture. The Canon used a 0.4 sec exposure but all three Sony’s only had a 0.125 sec exposure. This makes holding the camera still a nightmare!

Why would you ever use an DSLR in the dark? Well, because of the manual functions enabling long exposures and the ability to connect external flashes etc. The following are examples of what I have done with a DSLR in dark conditions: 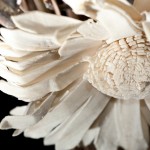 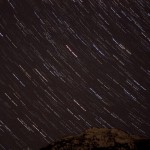 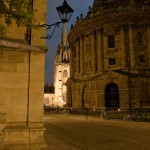 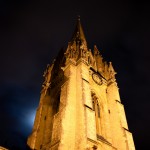 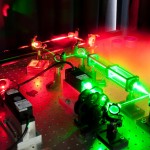 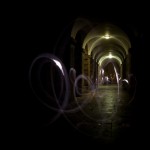 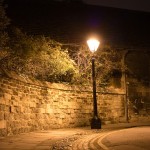 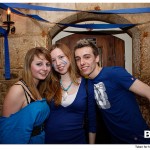 Quite simply,  if you are only going to use the auto mode you should look at the Sony WX10 over an inexpensive DSLR! The Sony outperformed the Canon 450D in all three tests, it easily fits into tight pockets and weighs roughly the same as a smartphone.

So will I be giving up my DSLR and buy a Sony DSC-WX10?

NO WAY! Remember, my tests were aimed at using the full auto modes on the cameras. When you start playing with the DSLR’s manual settings and swapping lenses and accessories you can completely turn the tables.

One Response to Technophobic camera comparison – compact Vs DSLR?